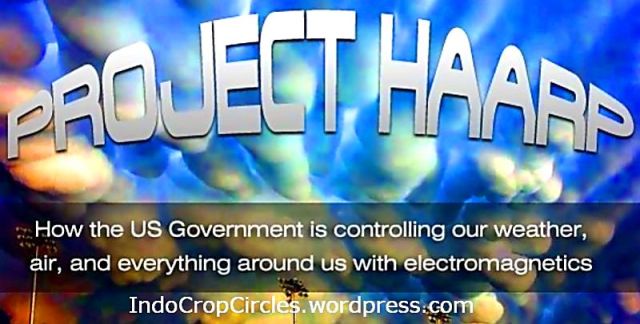 H.A.A.R.P. Status and Real-Time Above USA

Wavelengths
Shortwaves indicate near events, a high short spike usually means a short term major event is about to happen in that area.
Longwaves and steady increases usually mean a large scale change is developing in the area that will effect a large area’s upper level jet stream.

Magnitude System – This project has developed a way to measure the magnitude of change in the ionosphere due to HAARP. The scale is from 1 to 10. Zero to One magnitudes are pretty normal while anything over five would be considered moderate and possibly significant, which can alter a weather pattern.

M1 – M2 – Slight change is expected, but overall the weather pattern is not being affected.

M3 – M5 – Change is expected and the reading indicates between then and and a few days it will happen. This is considered a moderate reading, which if a short spike can be a nearby event such as severe weather, unexpected lightning, or a tornado.

M6 – M9 – Significant change is expected. Anything over M7 is rare and special attention must be directed when readings go seven and higher. Severe storms are associated with this reading, which if a short spike can be a nearby event and a long duration and slow build being a large scale change.

M10 – Associated with tornado outbreaks. This also can be strong hurricanes and blizzards.

This site uses Akismet to reduce spam. Learn how your comment data is processed.